Flight sims were a staple of Amiga games titles. The first time I saw an Amiga it was running F/A18 Interceptor, being an avid fan of anything airplane related, I was blown away by the fact I was able to fly a plane over San Francisco and under the Golden Gate Bridge. So without further ado, I present the box art and contents of a few titles in my collection…

Developed by Intellisoft and published by Electronic Arts in 1988.
The game runs on the OCS chipset but also runs perfectly on ECS, I can’t say for sure how well it runs on AGA. Minimum of 512kb but extra features, most notably the intro sound track that resembles the theme tune from Top Gun become available with 1mb plus.  More information is available here. 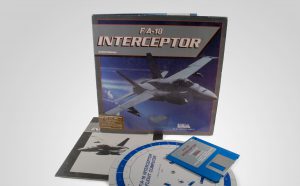 Knights of the Sky

A first Word War flight sim, developed and released  by Microprose in 1991 for the Amiga.  The Microprose brand was always synonymous with simulation and strategy titles. Another commonality between their titles was the ability to network two machines via a null modem cable for multiplay. More information, and a link to WHDload slave files can be found here. 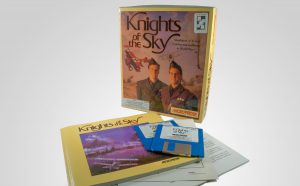 Based upon the Battle of Britain events in early World War two and released in 1989 by LucasFilm Games. Their Finest Hour was the second installment in a series of three titles, the others being Battlehawks 1942 and the latter Secret Weapons of the Luftwaffe. More information, and a link to WHDload slave files can be found here. 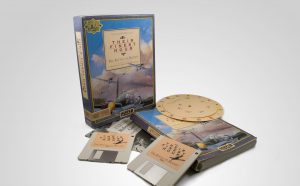 One of the more interesting aspects of A-10 is the improved performance of the recommended system running at 16mhz, when the standard system at the time of release, 1991, was a 7.14mhz 68000. Additionally in the 1.5 release, the very topical Gulf War was added to the mission sets. Released by Dynamix, A-10 was intended to appeal to an audience looking for quick action as opposed to die hard flight sim heads. Download files are available here. 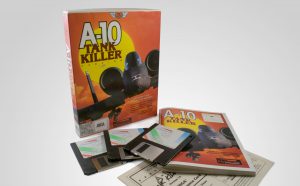 Another F/A-18 flight sim but without the focus on combat missions. Published in 1989 by Accolade. The goal of the game is to practice precision flight maneuvers and formation flying. Blue Angels runs on a stock A500 with 512kb of memory. Find out out more information here. 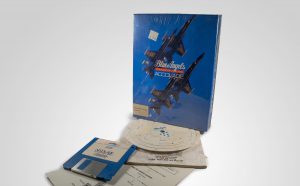