Like most families, my own spent the holiday season visiting relatives we seldom saw during the rest of the year. One particular cousin was the target of a special kind of envy. While I had friends with Atari 2600’s or some variant of non mainstream 8bit machine, my cousin was always the owner of cutting edge tech. One year it was a breadbox C64, and not with the tape recorder that most in the UK and Australia had, but with a 5 1/4in drive. Another year it was an Amiga 500. This guy didn’t have just games machines, he had REAL computers, machines that made things.

Fast forward 4 years, the family had moved to the UK and the rule of the 8bit was in the sunset years. Finally, for Christmas I received my first computer, a C64c (albeit, with only a tape drive) . To my parents worst fears, I was engrossed in the digital worlds of 8bit games. However my ambitions of developing something, anything that glowed back at me in all it’s potential phosphorus glory were still alive. 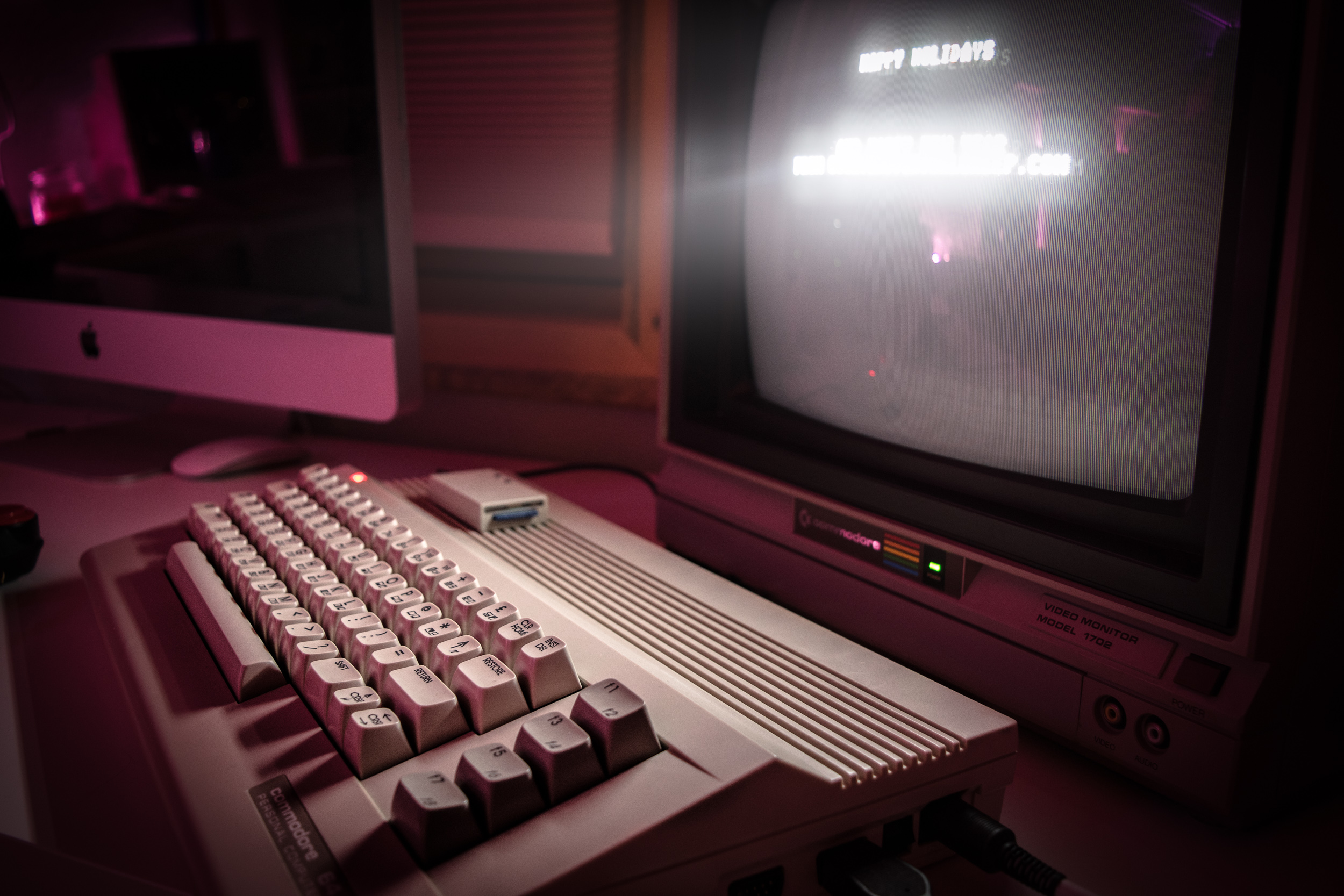 Armed with the supplied user guides and manuals and no experience with computer programming, I set off on my mission to become a developer. That didn’t go so well. Why was I writing these “peeks” and “pokes”? What were these bizarre numbers that contained letters? With my hopes dashed and expectations reset, I resigned my future to the visual, easier side of computing.

I suspect that I was not the only kid in the same predicament. With the exception of a few bright lights, coding, let alone coding something in a more efficient language like assembly, was out of reach for most of us. It’s likely that the majority of those that did grasp the basic concepts, had the slight edge in the form of a support system or friend with programming experience.

Fast forward 30 years and the resources needed to successfully learn these arcane ways is at our finger tips. There’s a sense of delicious irony that the technology we use to learn old languages, is built upon very shoulders of what created it.

I returned to the realm of the 6510 two years ago, mostly out of a sense of nostalgia, but the lure and elusiveness of machine language has had it’s steady pull. Additionally, the deeper I delve into the corners of the internet where the Commodore 64 is still cherished, the more surprises I find. From new hardware to cross compliers running on modern systems. From active demo scenes to impressive commercial game releases and printed magazines. This is a machine that was released 34 years ago and discontinued 12 years later.

I read a rather amazing fact recently, more commercial C64 titles were released in 2016 than on the Sony Playstation 4. Those titles reach and net profit were likely not so comparable.

With the benefit of years, a successful career in web development and the near infinite knowledge of the “matrix”, I finally present my own humble holiday demo. Written in assembly and cross assembled using kickAssembler on the Mac. The source code is available on GitHub and the disk image that will run on real hardware or emulator can be found here.

I wish everyone a peaceful and happy holiday season and a wonderful new year.

Nice to finally put those demons to rest after all these years, eh. Thanks for sharing that touching story.

I love the lighting in that stylish photograph by the way. We get so used to only seeing grainy, horribly compressed jpegs of old tech, which makes this all the more striking.

i had a radio shack TRS-80 (i think) played a super cool text based game on it, can’t remember the name of that either… oh and btw i used to be a computer programmer and i LOVED assembler… BN0 baby yeah! (branch not zero)